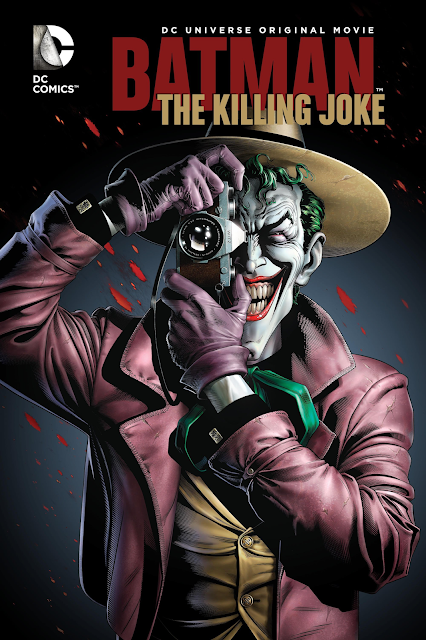 Watched:  10/03/2021
Format:  HBOmax
Viewing:  First
Decade:  2010's
Director:  Sam Liu
Look.  This... should never have been a movie.  I know what DC/ WB Animation was thinking, but I have no idea what DC/ WB Animation was thinking.
Winding it way back, in 1988 I would have been about 13 when I stumbled across The Killing Joke as a comic book.  And, yes, at one point I had a first printing of the comic, which rises and falls in value on a regular basis.
It's worth noting - Moore and Bolland were commissioned to do the comic en route to the Keaton-starring Batman movie.  Moore now distances himself from the comic as he has all things DC.  It was, I assume meant to be something of the moment and to give people curious about Batman and the Joker and modern comics something they could pick up as a "graphic novel" at B. Dalton Booksellers.
This was the era just before 1989's Batman movie, and DC was pushing occasional random things out there and making sure to have collections on the shelf of Year One, Year Two, Dark Knight Returns and the ever popular Greatest Joker Stories Ever Told.  A beautifully crafted story by Alan Moore and Brian Bolland was a slam dunk - focusing on Batman and the Joker to give it synergy - what could go wrong?
Your answers are multiple choice.
The graphic novella is ... rough going.  If you break down what happens to characters as context-free events, and aren't considering how it fits together as a whole, those events simply add up to meaningless cruelty, violence, possible sexual assault (depending on your read), and some of the most graphic images to appear in a comic featuring a mainstream, licensable character you were going to find.
And, that's been the comic's legacy and reputation for many coming to it after the fact.  I'm not saying the readers who see it and who are offended are wrong or those things aren't in there... because they are.  And I know the current conversation is that (especially female) characters shouldn't suffer to give a male lead motivation to act, and that is definitely part of what happens.
SPOILERS
The comic is short.  And it contains Barbara Gordon, formerly Batgirl, opening the door to her father's apartment and realizing the Joker is standing there, when he immediately opens fire with a revolver, putting a bullet in her gut and spine.  As his goons kidnap Commissioner Gordon, The Joker strips Barbara and takes photos, which he then turns into a slideshow for Gordon as part of an attempt to drive him insane. 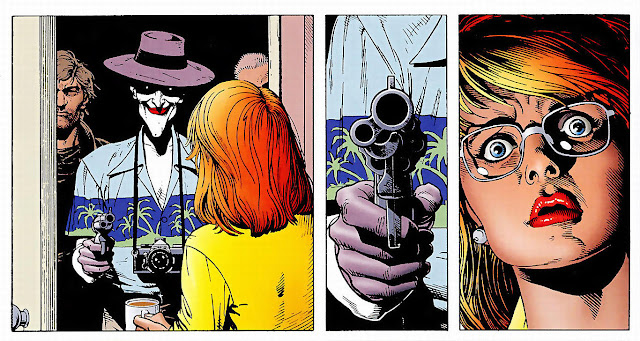 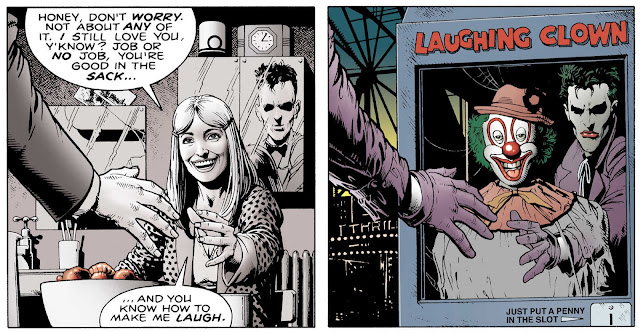 But you can't capture everything in animation that Bolland brought with ink and line to the page.  The anguish on Barbara's face when she wakes up in the hospital, the mirroring panels of the Joker reaching out to the clown behind glass and his memory of his wife.  Even the color palette (which DC keeps jerking around with in reprints) is muted to stay even across the film when the comic went bold and surreal (it does match the re-color job provided by Bolland about a decade back - and I don't want to argue with the artist too much, but the original colors were infinitely more interesting).  And found ways to make ripples in water have meaning as police lights fell across the water.
But, hey, the movie DOES have Joker's song about going loony (which I used to have memorized) set to music - and it HAPPENS.  And for that, I am wildly grateful.
The movie also has back voice favorites Kevin Conroy and Mark Hamill, giving Hamill perhaps more to do in this film than anything prior.
Anyway - I didn't hate the movie - but if I were to watch it again, I'd skip to the 30 minute mark and just watch the part that adapts the actual graphic novel.  And that tells me DC should have thought harder about their goals.  It feels like commerce and arbitrary rules about the length of a video overtaking the best outcomes for the project.

And, of course, I have my opinions about the content of the comic, but they seemed a bit unaware of the dialog around the comic in the early 2010's.  It's not the first or last time DC will grab a lightning rod without realizing it. 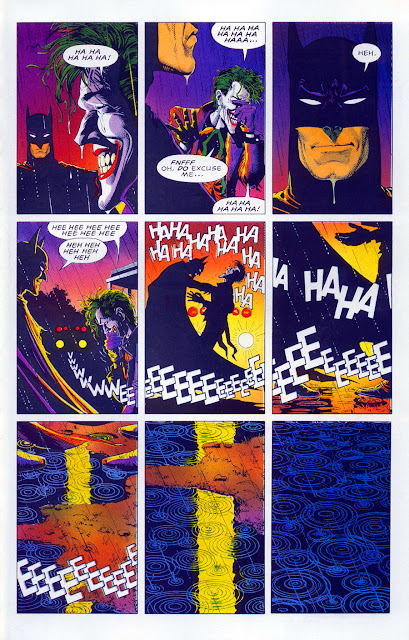